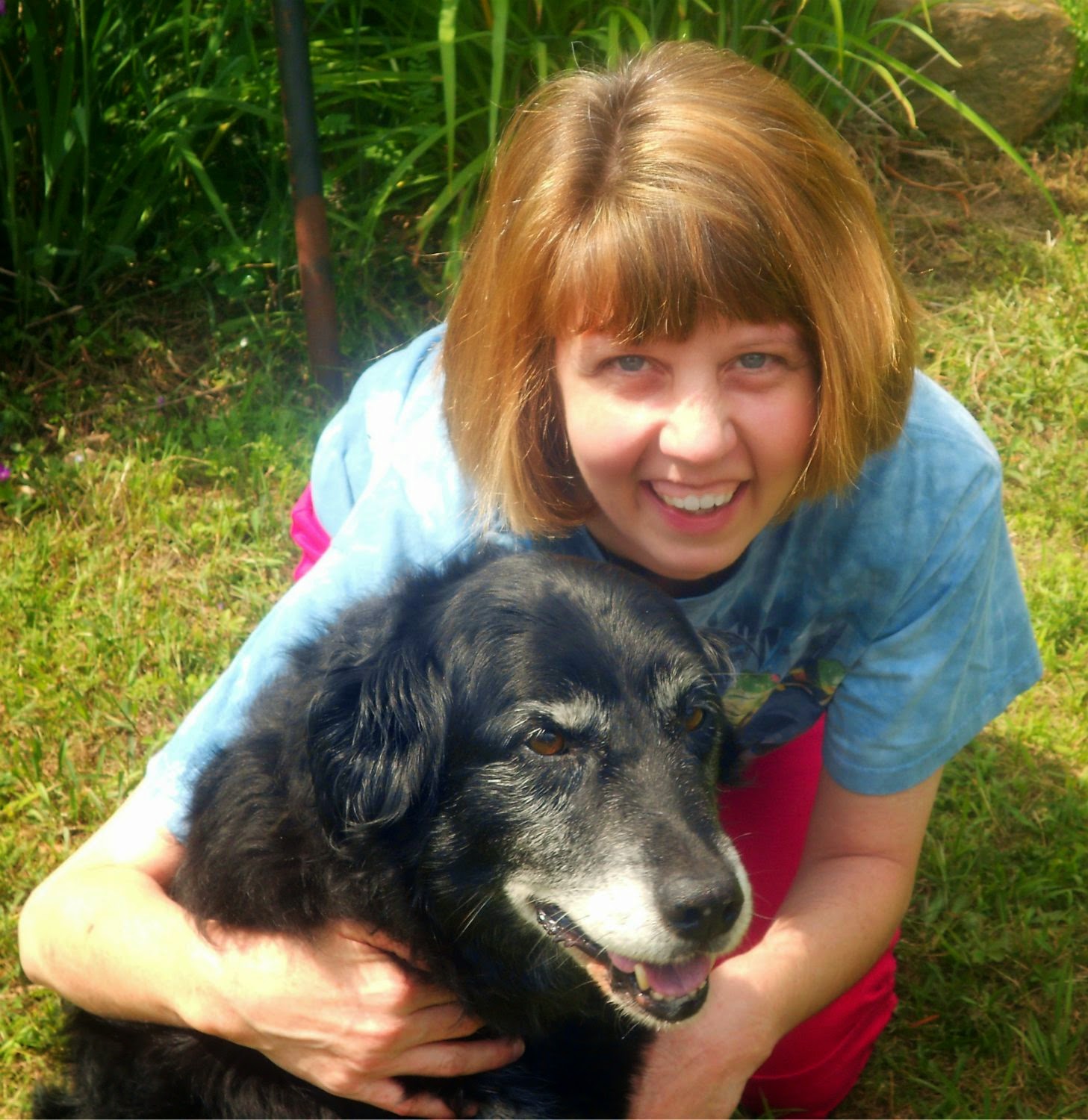 
Living outside of town, there is plenty of space between houses (and neighbors). As a result, I got along fabulously with all my neighbors – all except Daisy. Daisy was noisy, constantly creating dirt and always up to something that the rest of the neighborhood didn’t appreciate. So if you had told me five years ago that Daisy would be coming to live with me I would have told you that you were crazy!


Daisy of course is a dog. A lumbering, howling, drooling, rolling in the dirt, running away and swimming in the pond kind of dog. Not the kind of dog that would fit in my tiny house already jam-packed with five people. Nevertheless, here she is.


It started out as a “just for the weekend” visit when my elderly neighbor suddenly found himself in the hospital. Who says no to an 80 year old sweetheart who is lying in hospital bed worried about his best buddy? It was a bit longer than a weekend but eventually our neighbor came home and Daisy went home. But, being too exuberant for him to handle, back she came, settling back into the spot behind the recliner where she hides from thunder, fireworks and other loud bangs. And that is how I became foster mama to a black furball.


Daisy has settled down considerably since she first walked through my door. She now only runs away about six or seven times a year, usually for only an hour or so (long enough to take a dip in the pond and come home soaked and smelling of fish). She only jumps on the furniture or ravages the throw rugs during thunderstorms if she’s in the house alone. Otherwise, she seeks out a friend to comfort her.


Daisy has also discovered the magic of the computer. If you lay your head on the knee of someone when they are working at the computer, sooner or later writer’s block, or the need to read things aloud, will still the typing hands and you stand a pretty good chance of getting some petting. She has listened to countless readings of my drafts and loves everything I write (it may be the pats and treats she loves but I prefer to think it's the writing). Daisy even knows to just sit there patiently when I try to use her as a canine thesaurus, "Daisy, you know what word I mean...playful, wild, jumping, romping, ex-something...exuberant! That's it." Not once has she called me crazy.  She even has a cameo in my WIP where she spends her days in a railroad station dividing her time between sleeping and eating treats -- pretty much what her real life is. 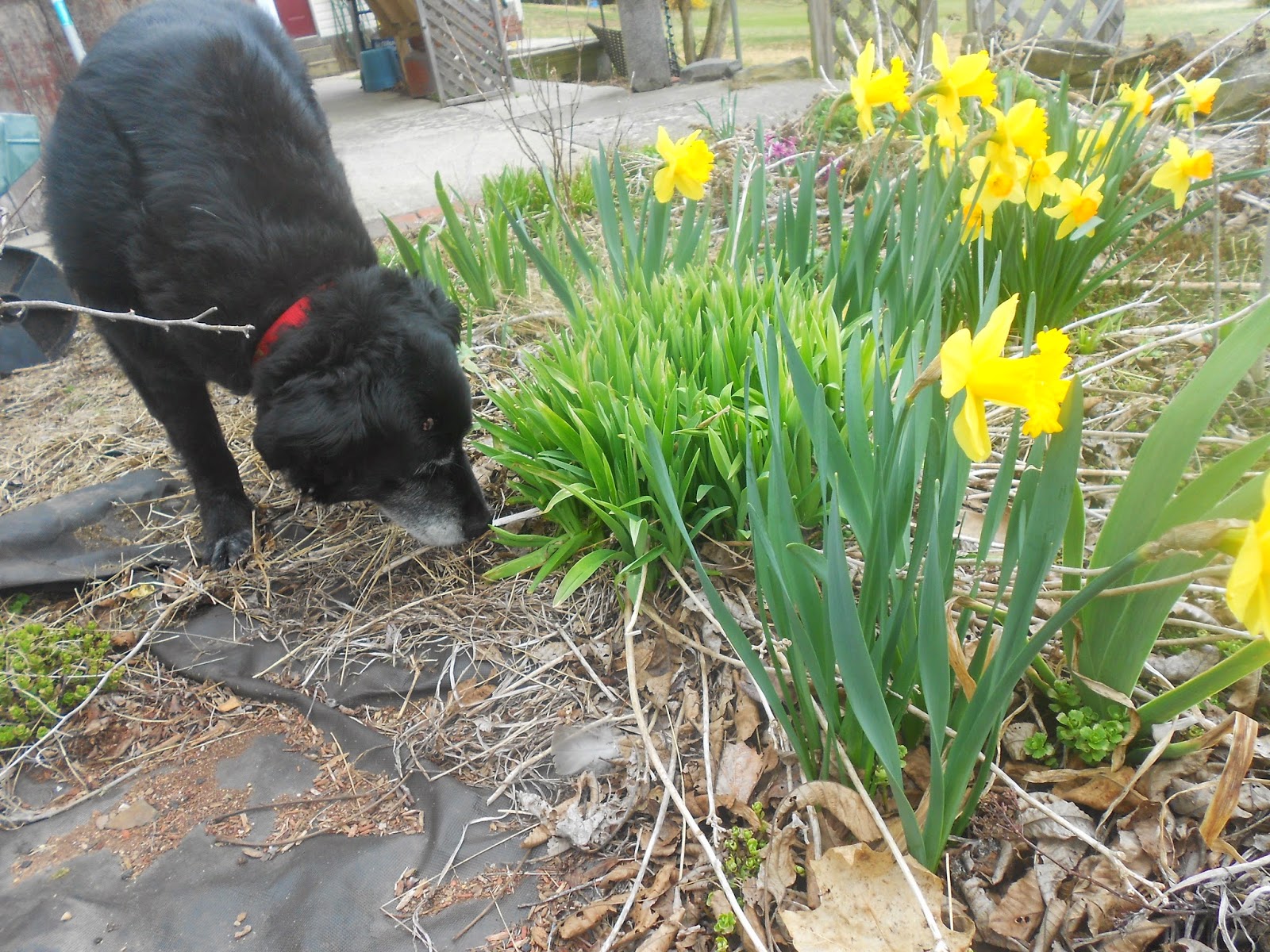 Here's my crazy Daisy. Maybe we should rename her Daffodil? Actually she's sniffing out the baby rabbits. But their home is just far enough away that her leash doesn't reach. But that doesn't stop her from digging up my flowers trying to get to them. Whenever she starts digging I do that totally ineffective "WHAT did you do?" and she looks at me -- tail wagging-- with that "I was trying to get the rabbits. Didn't I do a good job?"
About Jodi: 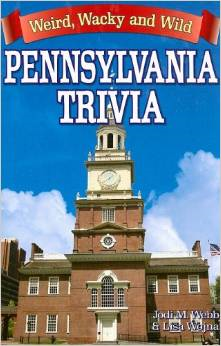 Available On Amazon
Jodi M. Webb lives in Pottsville, Pennsylvania with her husband and three children. She has written hundreds of articles for publications such as The History Magazine, Pennsylvania Magazine, Reader’s Digest, and Christian Science Monitor. She has also contributed to anthologies on baseball, gardening, pop culture, married life and the military. Pennsylvania Trivia (Blue Bike Books), a book she co-authored, was released in September 2008. One of her essays was recorded for This I Believe on NPR.
Jodi is a WOW! Women On Writing blog tour organizer and is always looking for her next WOW author – no matter who their audience is. Contact her at Jodi@wow-womenonwriting.com  for information.
In her spare time, she works on her first novel—the story of a group of women on the homefront during World War II.
Visit The Muffin (Wow! Women On Writing's blog) today and read Jodi's interview on finding your audience. 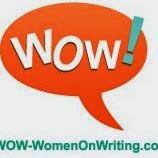 Posted by Barbara Barth at 5:41 AM