A Three-Dog Night and More 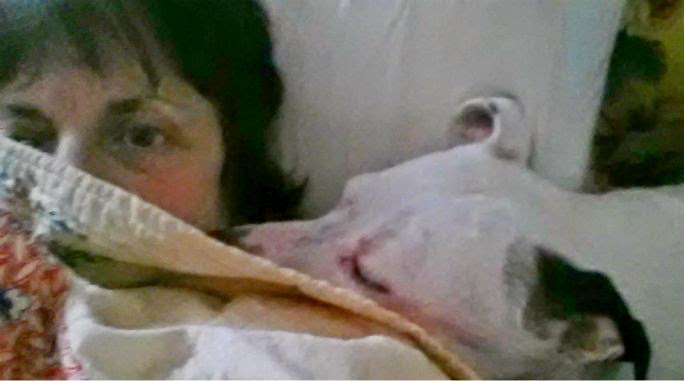 Rascal likes to snuggle by my pillow. Not only does it keep me warm, I get dog kisses periodically until she falls asleep.
With frigid temperatures falling all over the country, the south no exception, and my little spot in Decatur, with the wind chill, in the single digits. According to the weather channel, we are facing forty hours of below freezing (OMG)temperatures. Yikes!
I jokingly posted on Facebook yesterday evening that it was a six-dog night at my house, thinking of the phrase, a three-d0g night. Then I began to wonder, just where did that phrase come from? We all say it and know it means how many dogs to ward off the chill.
I did a bit of research.
The geographic source of the phrase has been debated many times. Is it the Australian outback or the northern reaches of North America with the Eskimos. The meaning is clear, no matter the location. The phrase is a rudimentary nightly temperature gauge. Dogs huddled with humans at night for their warmth. On really cold nights, three dogs were brought to bed to keep the owner from freezing to death.
In American Literature: 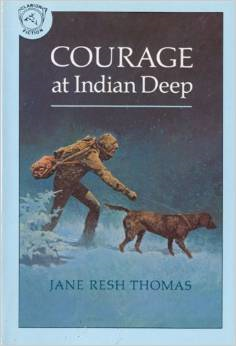 Available on Amazon
Whatever its origins it does turn up in American literature, and most of those included a definition as well as the phrase. A passage from a juvenile novel, Courage at Indian Deep by Jane Resh Thomas, provides a good example. Jane Resh Thomas is the author of more than a dozen fiction and non-fiction books for young readers. This book was published in 1990.
A ship sinks during an autumn blizzard on Lake Superior, and Cass and his dog are the only ones who can help the survivors.
“Here, Tongue.” Cass dried the dog and coaxed him under the open sleeping bag. “This is a three-dog night, for sure, but one dog will have to do.”
Answering the puzzled look on Torberg’s face, Cass said, “I read that frontiersmen slept with dog because their body temperature is higher than a human’s. A three-dog night was a night so cold it took three dogs to keep a man warm.”
“Tongue’s a living electric blanket,” said Torberg smiling. 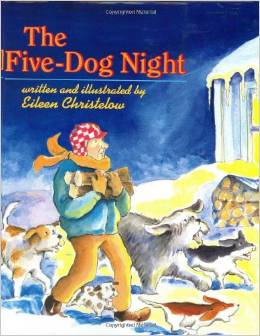 From Amazon
Another children's book piles on more dogs for warmth. The Five-Dog Night, written and illustrated by Eileen Christelow. When Old Betty tries to advise Ezra on how to survive the cold winter nights, Ezra rebuffs her concerns because he has his own private source of warmth. Published in 1993.
You might say I am living the dream. Covered in dogs. At my house we have a six-dog night most every night! 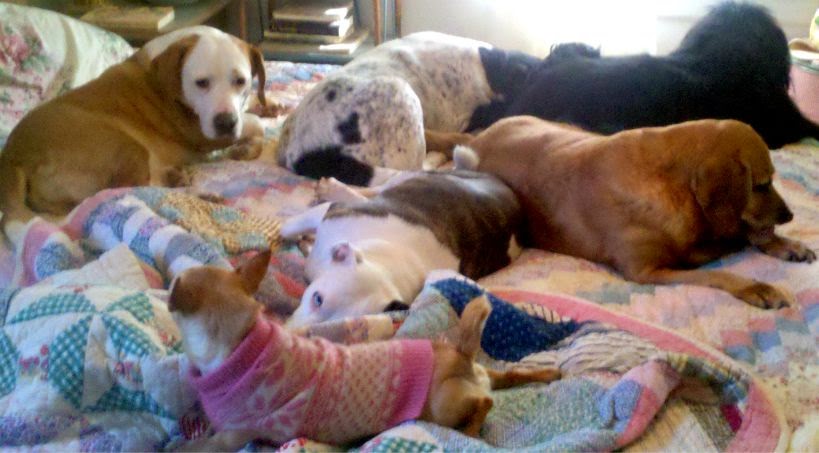 Posted by Barbara Barth at 6:54 AM No comments: