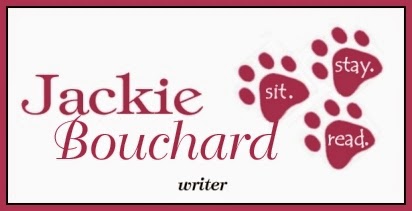 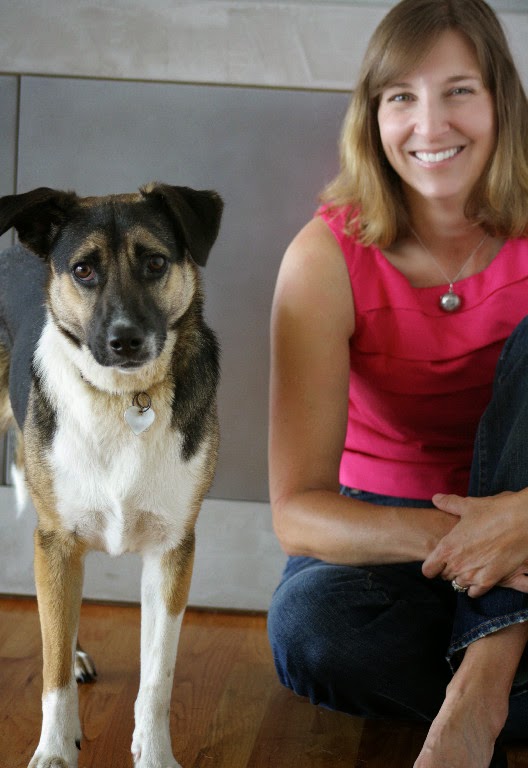 Jackie and Rita, a Shephard/Beagle Mix found on Rosarito Beach
and adopted from Baja Animal Sanctuary.
One of the things I like best about being self-published is that I have total control over choices for my book - pricing, layout, covers, etc. Yes, I'm a little bit of a control freak. (A little bit? - editor's note from the hubs. **Hey, who let him in here?**)


One of my favorite things to have control over is the cover. I love my covers, and part of the reason that I love them is because of the special pups on them. If I was published by a traditional publisher, there might be a stock photo of some equally lovely pup on my books - but I wouldn't know (and love!) that dog, so it just wouldn't be the same.


Today, I thought I'd tell you a little bit about those special pups on my covers.


First up is Charley, playing the role of "Kona", for my debut novel, WHAT THE DOG ATE.


Back when I wrote WTDA, I didn't know any chocolate Labs. I had previously known Labs and Lab-mixes, so when I needed a dog for the story who would be the type to eat everything in sight, well, I knew Labs were the breed I had to go with!


A while after the book was written, I met Charley's mom online. We were both in a couple of different online support groups for dogs who'd lost a leg and who had bone cancer. My dog, Abby, and Charley had their amputations one day apart, and they were both way too young to have bone cancer (Charley was 2 1/2, Abby was a measly 15 months!), so they became "amp buddies."


When I was getting ready to publish WTDA, I asked Charley's mom if she might happen to have a picture of him licking his lips -- and she came through Big Time, with this fabulous photo! It couldn't have been any more perfect! 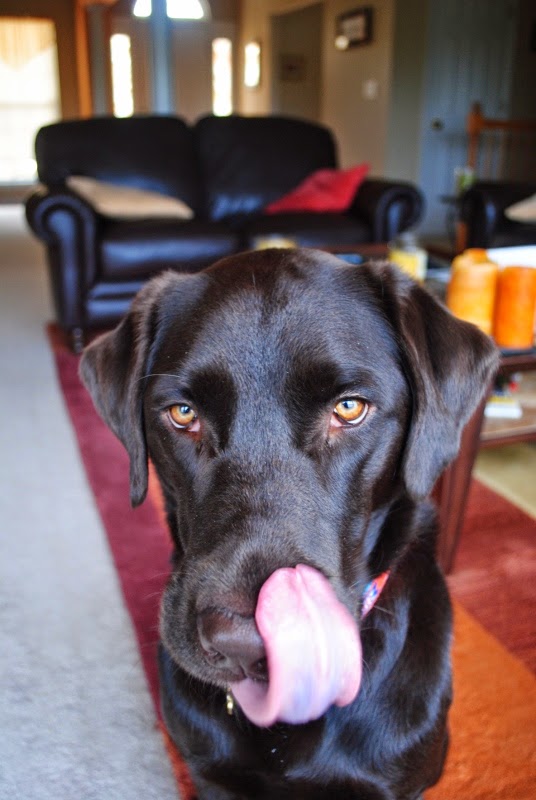 It's a great honor to have Charley on the cover of my book, since he's a bone cancer super hero! He's still going 3 1/2 years after his amputation! You can read more about Charley and his journey at: http://chocolatekisses.tripawds.com


That brings us to Abby... My beautiful angel plays the part of Maybe on the cover of RESCUE ME, MAYBE. She had to be on the cover, since I wrote the book as an homage to her. It's a fictionalized version of Abby, but dropped in to another dog-mom's life. (Cuz *my* life is way too boring for a book!) 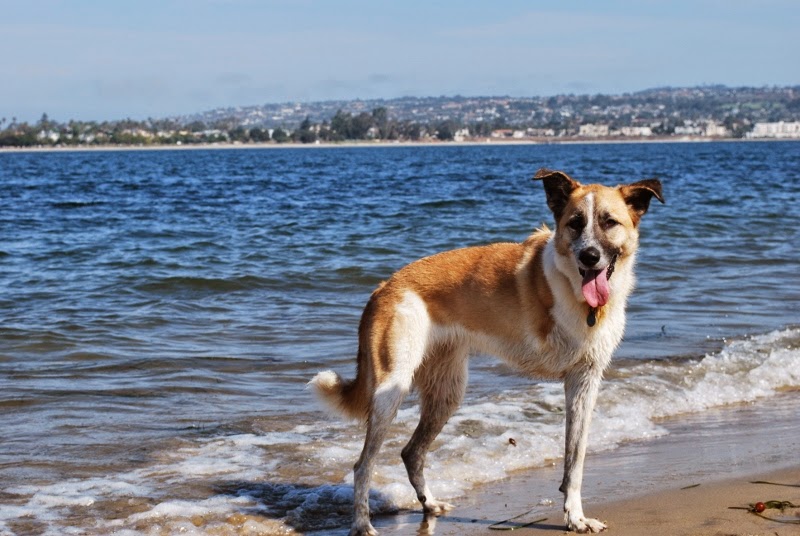 The basic idea for the book came from how Abby changed me. When we had our first dog Bailey, I used to say she was a "cat in a beagle suit." She didn’t care about meeting new people or other dogs. She liked other people when she did meet them, but she didn’t go out of her way. As for dogs, she didn’t like them, so we'd steer clear on walks. And that suited me fine, because I’m shy about meeting people anyway. But when we got Abby, she LOVED everyone and wanted to go meet everyone! I was suddenly having to stop and chat with neighbors I’d never talked to before, because Abby would drag me, wiggling and happy, over to meet them. I also read an essay by a self-described “ol’ meanie” who got a super adorable dog and he wrote about how that irresistible pup forced him to interact with – and be friendly to – other people. I thought it would be interesting to write about a character who was changed by the dog she rescues.


Unfortunately, Abby didn't fair as well in the fight against bone cancer as Charley did. She may not have had a great quantity of life, but she had a great quality life! And she taught us so much about dealing with adversity. We sure miss that beautiful girl!


Now... I don't want to give anything away about my books, but I promise the endings are always going to be happy and hopeful. No Dead Dogs at the end!


Even though Abby's no longer with us, she lives on in the book - and in our hearts. I love it when reviews of the book mentioned that they loved the dog, since it's like they got to know our girl.


My books are about dog-moms and the dogs who change them. If you've ever loved a furry family member, I think you'll enjoy them!
About Jackie : 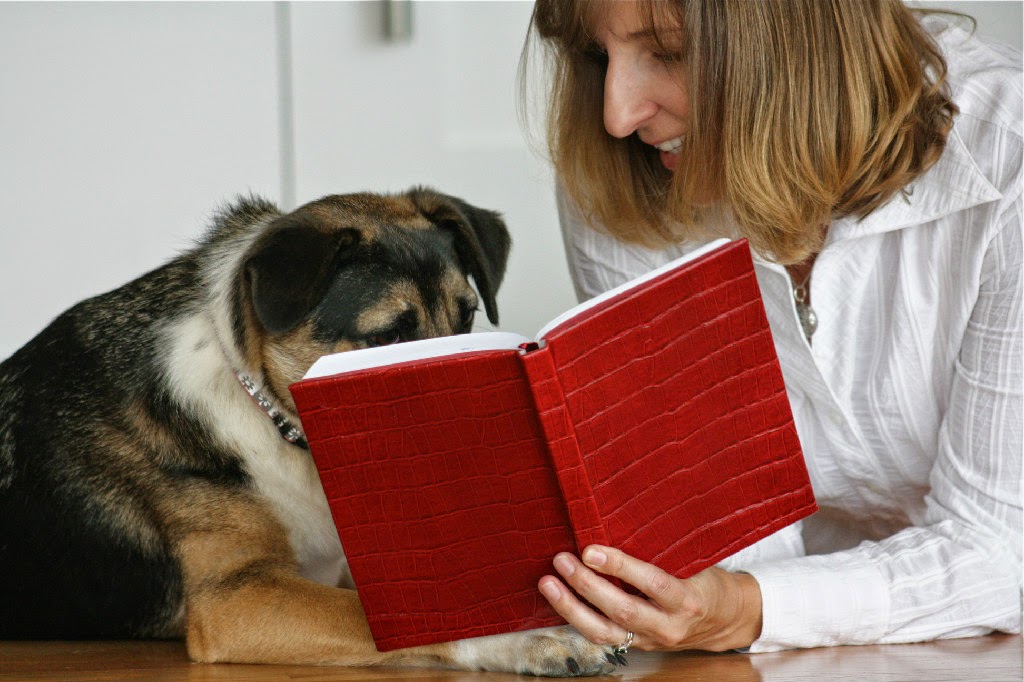 
Jackie Bouchard was trapped in the hamster-wheel of corporate America for much longer than her sanity would say was good for her. She escaped and now writes humorous women's fiction. American Jackie, her Canadian hubby, and her Mexican rescue mutt, Rita, form their own little United Nations. They live happily (hopefully ever after) in San Diego. 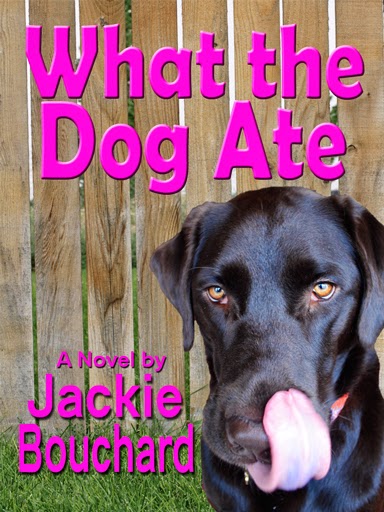 The vet handed Maggie Baxter a plastic specimen bag containing a pair of size-tiny lavender thong panties extracted from her dog; but they were not hers. Or rather, they were hers now since she'd just paid $734 to have Dr. Carter surgically remove them from Kona's gut. This is how Maggie Baxter, a practical, rule-following accountant, discovers that her husband of seventeen years is cheating on her.  A  funny, tender story of mending a broken heart and finding love and a new life right under your nose, with woman's best friend at your side. 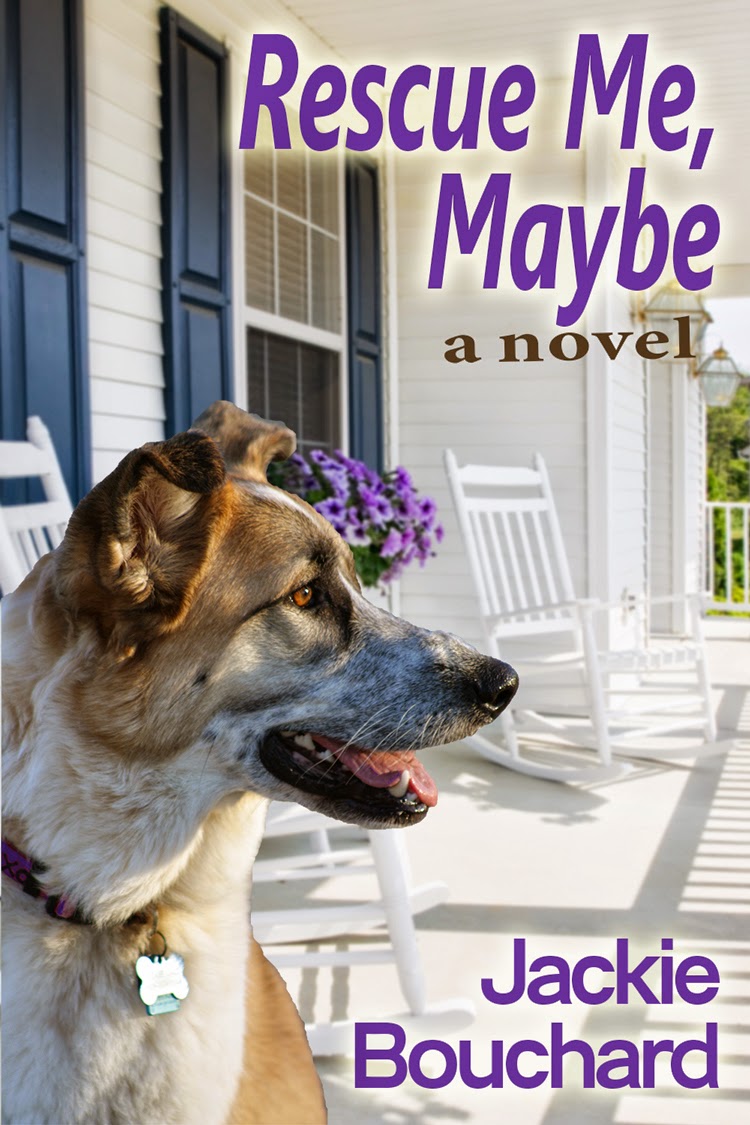 Buy On Amazon and Kindle
If you lost both your spouse and your dog to cancer within weeks of each other, but you were sadder about the dog, would you tell anyone? Maybe your closest friends. Unfortunately, Jane Bailey's closest friends are on the other side of the country. That's where Jane plans to go now that she's free to leave Philadelphia, the too cold, beachless, street taco-deficient city her husband dragged her to six years ago. But with no job prospects in her hometown of San Diego, Jane is roped into helping out temporarily at her uncle's southwestern small-town B&B. En route to her new role as innkeeper and breakfast chef, she finds a stray at a rest stop. With her heart in pieces from the loss of her dog, she's determined not to let this mutt worm its way into her affections. She's also determined to have next-to-no interaction with the B&B's irritating guests, and the even more annoying handyman who lives next door. Can Jane keep her sanity--and her secret that she's not really a grieving widow--while trying to achieve her dream of getting back to the place she thinks is home?
Links:
Web
Blog Pooch Smooches
Facebook
Twitter @JackieBouchard
Goodreads
What The Dog Ate:  Amazon ,  Barnes&Noble
Rescue Me, Maybe:  Amazon,  Barnes&Noble

Posted by Barbara Barth at 1:28 PM