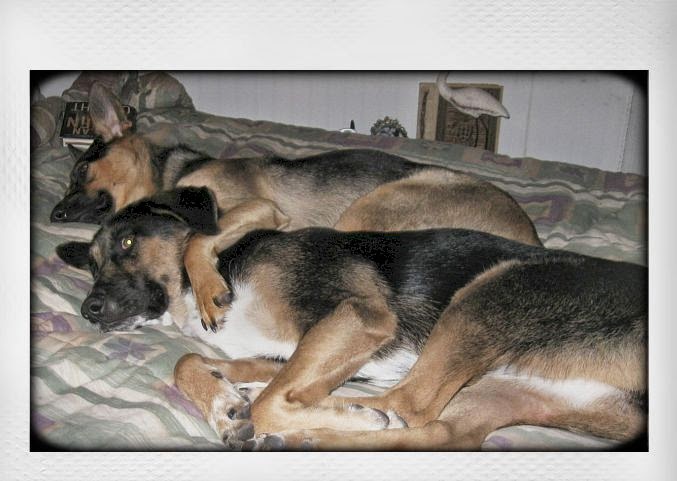 Chloe with her paw around Moxie at nap time.


Confessions of a Dog Hoarder
What do you call someone who keeps adding new dogs to her existing pack? A hoarder?


How about a sucker? Yes, I’m a sucker for dogs. Especially dogs who have been abandoned, neglected, or mistreated. Show me one of those, and I’m Jell-O Instant Pudding.


I was down to one dog once. Yes, only one. My best human friend and housemate had just died, and of the three Cairn Terriers we once had, only one was left. Fergus and I were both heartbroken. Devastated. Depressed. You get the idea. Then I saw Chloe on Petfinders, an online rescue site. She was a twelve-week-old German Shepherd puppy who had been abandoned and was almost hit by a car on a gravel country road. The folks who almost hit her sent their young son scooting under their car to drag her out. She was too terrified to move. Yes, Chloe came home with me. When I brought her in the house and put her on the floor, Fergus’s ears perked up immediately as he went over to sniff his new interactive toy.


Then I met Chloe’s best friend at her doggie daycare, an eight-month old German Shepherd/Hound mix who was dumped there by people who moved away. If I were charitable, I’d say they at least left her where she’d be well cared for. I’m not, the rotters. I took the horse sized puppy home for the weekend to see how she’d do with Chloe and the somewhat shell-shocked Fergus. Remember, he was dealing with a German Shepherd puppy. Before I drove out of the parking lot, I decided she was mine and changed her name to Moxie. You know, force of character and determination in the face of adversity? The name fit, and so did Moxie. I’ve never been sorry.


Okay, so back to three, right? For a while.


Finally, Mr. Fergus McTavish, Cairn Terrier Extraordinaire, came to the end of his almost fourteen-year life, and we were back to two. It was terribly hard to lose him, but my two girls consoled me as best they could. 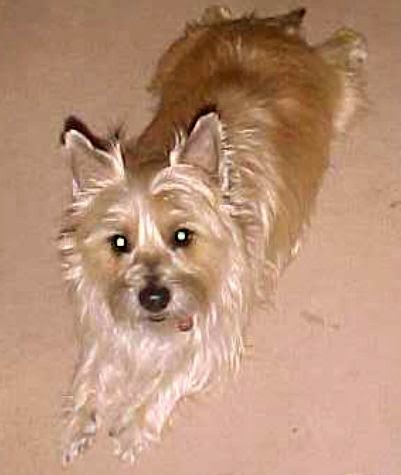 Mr. Fergus McTavish 2006
A couple years later, my daughter Nikki moved in with me, along with her ten-year-old son John, and Josie, one of her three dogs, a beautiful Shepherd/Golden Retriever mix I’d rescued almost two years before when she was five weeks old and was dumped in a neighbor’s fenced back yard. Nikki took one look at Josie the weekend I brought her home and said, “She’s mine.” And so she was, for a while. Now Josie is ours. 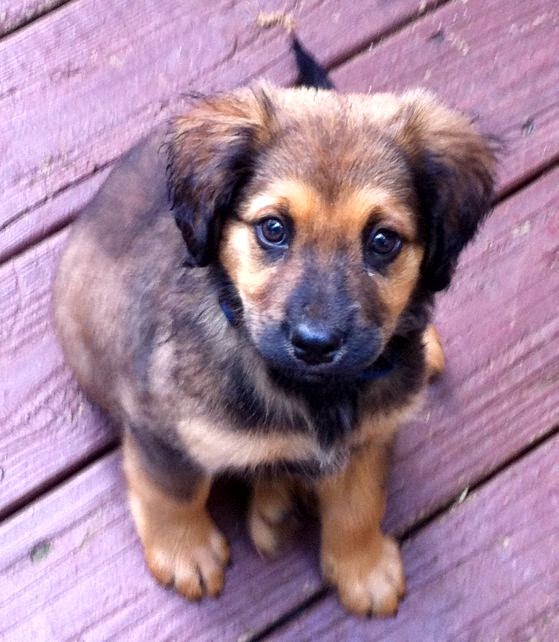 Josie as a puppy 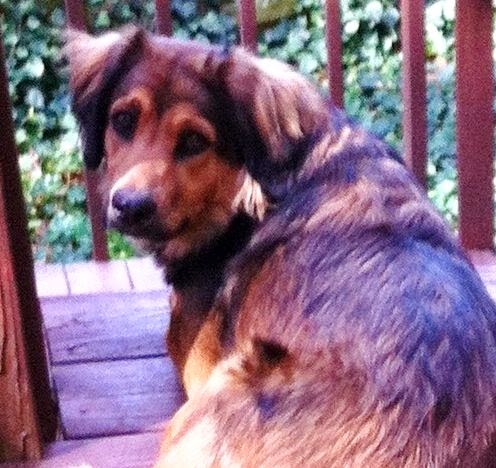 Josie all grown up

Moving on. Nikki’s ex-husband moved in with his parents after the divorce and declared he could only keep one of their two remaining dogs. He threatened to get rid of both dogs unless Nikki agreed (which meant “mom” agreed) to take at least one. That’s how Lexie, dog number four, came to live with us. 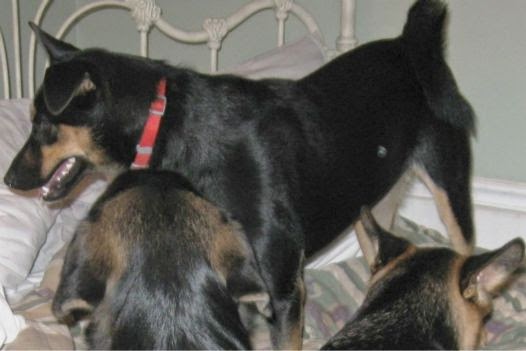 End of story, right? Not quite yet.


About nine days ago, the wife and dog dumping ex-husband dropped the other dog off with us for a week while his parents were out of town because “he was never home to take care of her.” Excuse me? You have a dog, and you can’t curtail your social life long enough to take care of it? Apparently not. When I saw poor Zoe’s condition—infested with fleas, covered with untreated hot spots, her hind legs weak because her dog-deserting owner also didn’t give her the Glucosamine I bought for her, I pretty much exploded. But there’s a happy ending to this story, too. Zoe has now been to the vet, is on Trifexus (bye-bye fleas), and the hot spots have been treated. It will take a while for the Glucosamine to kick in, but I know it will. 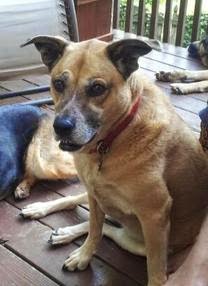 What does all the above have to do with writing and dogs? Lots.


You see, I am a writer. A writer with six books published and more written. During the year my best friend was battling ovarian cancer, I was her caregiver. And then she died. During that time, I didn’t write a word. Me. Ms. Prolific. My dedication to writing finally resurfaced when I brought Chloe home and has grown exponentially since. Do the dogs interrupt my writing? Of course they do. Does it bother me? Heck, no. They’re a shining light in my life, a constant source of both entertainment and inspiration.  Dogs remind us that life goes on. They teach us to live in the moment, not dragged down by the past or fearful of the future. They teach us that and so much more.


So call me a sucker, or a dog hoarder if you like. I consider myself a lucky person--lucky to have those five dogs in my life and lucky to be writing again. Frankly, I wouldn’t have it any other way.
About Lynda Fitzgerald: 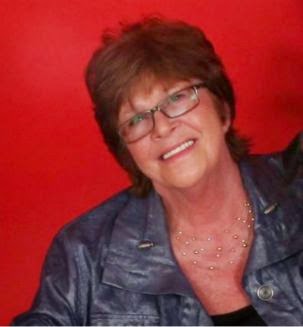 Lynda Fitzgerald is an author, teacher and frequent speaker at writers’ conference and workshops.  Her debut novel, If Truth Be Told, was published in June, 2007. Of Words & Music came out in March of 2009, and her mystery series, LIVE, was launched in Spring 2010 with the release of LIVE Ringer. LIVE Ammo followed in 2012 and LIVE in Person in late spring 2014.
Although Lynda was born and spent much of her life in central Florida, she now lives in Snellville, GA, with her numerous rescue dogs.  Visit the author’s website for more information, book excerpts, and some beautiful pictures of the area where her books are set.
About  LIVE in Person: 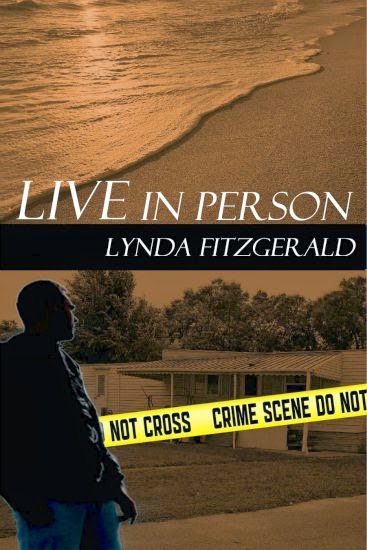 
Allie Grainger has a new job, a new love, and a pretty well-ordered life... until a cop she put in jail escapes and comes after her, determined to make her pay.
Her brother Len wants her to pay a different price. He shows up on her doorstep, demanding she give him half the nearly two million dollars she inherited from their aunt. Soon, she realizes he’ll go to any lengths to make it happen.
Then Len vanishes, the apparent victim of foul play, and suspicion falls on Allie. She knows her only hope is to find out what happened to her brother, a move that could cost more than one life.
The LIVE series is set in Melbourne, Florida. Investigative reporter Allie Grainger is the lead character in this mystery series. Find all of Lynda Fitzgerald's books on her Amazon author page.