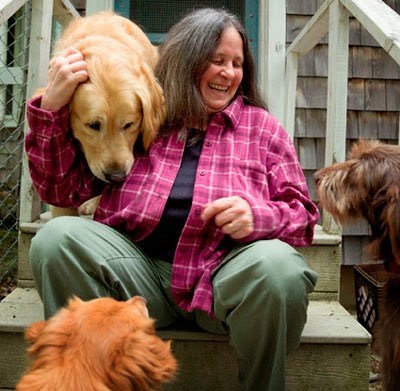 
My own three dogs inspired me to write about the profound and life-affirming things that happen when humans have the chance to truly connect with animals: comedy, really, because comedy is the opposite of the tragic. My dogs drive me crazy at least once a day. But they make me laugh a whole lot more, and while I hope and trust they’ve forgotten their earlier experiences of being in terrible situations, I never stop remembering that at any given moment, somewhere, for every animal being loved by a human, another is being hurt by one. I like to think it’s not a mere fantasy that maybe a reader or two of Mountaintop will want to go to a shelter and bring home a homeless pet. 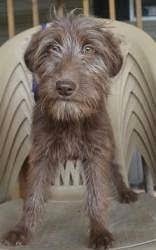 I’ve been so preoccupied with waiting for Mountaintop's pub date, I missed an anniversary: adopting Maxine. Never mind for now she is banished from the dog park for terrorist-like behavior toward dogs she does not like the look of. We're working on that. She has issues. But in the last year, after having been literally rescued at the last moment from her designated fate at a kill shelter, where she was a pup who had outlived her stay, she fell desperately ill, yet pulled through, and then, one terrifying morning at the beach, she swam over her head into danger—and was, once again, rescued. I would like a little less drama in her second year with me, but I fear that is too much to hope for. 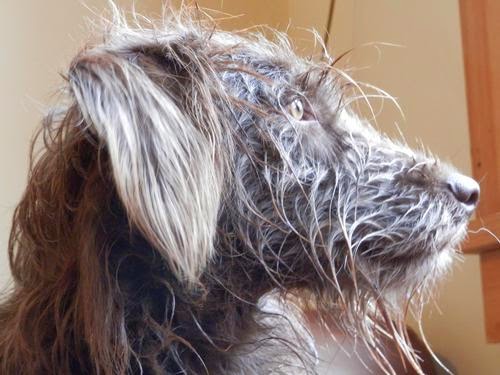 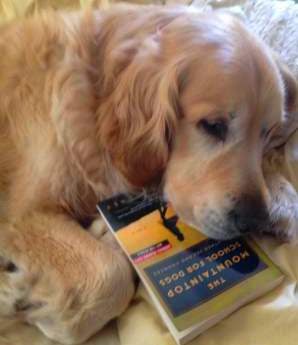 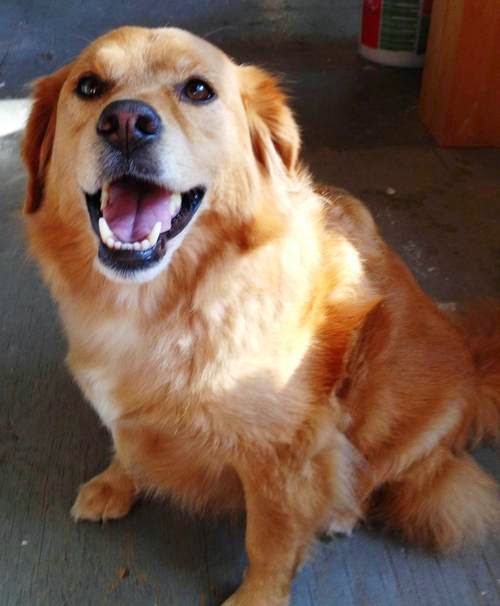 
As a volunteer at an animal shelter, I had the job of walking dogs who’d been “surrendered” by owners who didn’t want them. Or they’d been rescued from abusive homes. Lots of the dogs I met there became big-deal inspirations for the dog-characters of my new novel. I woke up today thinking of one called Corky. I wonder if I’d dreamed of him. He was a hound mix, about three or four, beagle-spotted, long-legged. He was always silent, and he had the saddest eyes I ever saw on any creature. He’d been rescued from a life in a yard, back of “his family’s” house, chained to a stake in the ground. Until he arrived at the shelter he had never been indoors. When it was time for him to be walked, he didn’t want to leave his cage. He had to be lured out with treats. Luckily a rescue group came and took him to put him into one of their foster homes—he was the only dog at the shelter no one looked at twice in terms of “I want to take you home with me.” So he had to watch other dogs getting freed, getting wanted, many times before the rescue-group person showed up. I know this is absurd of me, but I wish that dog knew that he became a character in my novel: a dog who looks just him, in rehab and training after years on a chain. I named him Shadow. I have a whole plot thing of the sadness going out of his eyes, of his voice changing from mute to barking and howling.If only one person reads this book and feels even half of what I felt as I learned about chained dogs from Corky, I did my job. Not that I’m saying, oh, fiction has a purpose! I’m saying, fiction is where you feel. Where you connect with the feelings of someone else, and the someone is a dog. 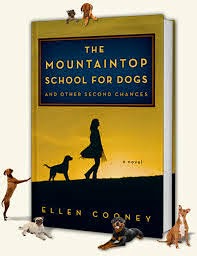 Evie is making her way to the Sanctuary. She has lied to gain entry. She has pretended to know more than she does about dogs, but she is learning fast. Once the indomitable Mrs. Auberchon lets her pass, she will find her way. Like the racing greyhound who refuses to move, the golden retriever who returns to his job as the Sanctuary’s butler every time he’s adopted, and the Rottweiler who’s a hopeless candidate for search-and-rescue, Evie comes from a troubled past. But as they all learn, no one should stay prisoner to a life she didn’t choose.

This is the story of two women and a whole pack of dogs who, having lost their way in the world, find a place at a training school—and radical rescue center—called the Sanctuary. It is a story of strays and rescues, kidnappings and homecomings, moving on and holding on and letting go. And it is, ultimately, a moving and hilarious chronicle of the ways in which humans and canines help each other find new lives, new selves, and new hope. 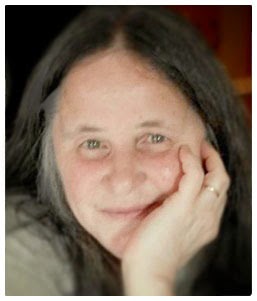 Ellen Cooney's ninth novel, The Mountaintop School For Dogs And Other Second Chances, is being published this summer by Houghton Mifflin Harcourt--a full circle for her. After publishing short stories in The New Yorker and many literary journals, and novels with presses large and small, mainstream and alternative, she is back where she started with her first book, Small Town Girl, published by Houghton Mifflin in 1983.

Cooney's short stories have appeared in The New Yorker, New England Review, Ontario Review, The Literary Review, Glimmer Train, and many other journals. She has received fiction fellowships from the National Endowment for the Arts and the Massachusetts Artists Foundation, and she taught creative writing at MIT, Boston College, and the Extension and Summer School at Harvard.

She lives in Phippsburg, Maine.


Links:   Author's Web    Contact the Author    Interview on Coffee With A Canine