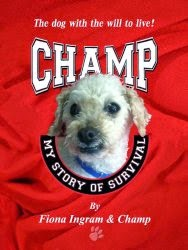 Join in as Fiona Ingram's blog tour with WOW! continues.


On Writing Animal Stories for Children


I was overjoyed to do a post on writing animal stories for children. Animal welfare has become closer to my heart more than ever over the past few years. Authors contemplating writing a book for children featuring animals should consider what the main message is. Is it an entertaining tale? A moral or fable? An educational theme? When writing animal books for children, a clever writer can incorporate all sorts of themes without sounding didactic.


I began writing animal rescue books after reading stories about animals saved from abuse, and decided to do what I could to raise awareness about the care of animals, their importance in our lives, and the fact that they are sentient beings. They feel all the emotions we do; they need us for shelter, protection, food/water, love, grooming etc. We have a huge responsibility as the guardians of the planet and of all animal life, domestic and exotic. We should be teaching this to our children from an early age.
Champ’s story came about when I read about an abused little dog left for dead at a California shelter. Vets literally brought him back to life from the brink of death (he was almost suffocated in two plastic bags). From there he began a long and painful road to recovery, until he now is a happy, healthy, wonderful little dog, bringing joy into people’s lives.
When writing his tale, I had to think about who this book would appeal to and why. Adults who are animal lovers would want to know Champ’s journey, but might not want their kids to see too many horrible images. Kids would be interested in learning about caring for animals and how every little act or gesture counts. Younger readers (needing to be read to) would like to hear a story from Champ’s point of view. So I included all these elements. Champ writes his own heroic tale in which he experiences what many kids do: fear, insecurity, wondering if he is brave enough. He foils a plan of two would-be dognappers to kidnap and hold to ransom all the dogs in his area. He enlists the aid of caring and well-meaning animal friends, and becomes the hero of the day. Champ also writes a poem to express his joy at having a new life with lots of love.
When one sees the number of children with physical or emotional problems being able to overcome these with service dogs and/or other pets, one can easily understand how children relate on a deep emotional level to an animal that does not judge; it only loves. An author can include lots of positive messages in a book for children with or about animals, such as making new friends, giving and receiving help, overcoming difficult situations.
Another important lesson authors can include is teaching children responsibility towards a pet, caring for it properly, treating it as they would like to be treated, not as a toy one tosses aside when bored.
I hope readers will take the time to read more about Champ and share his amazing story with friends and family who love animals. 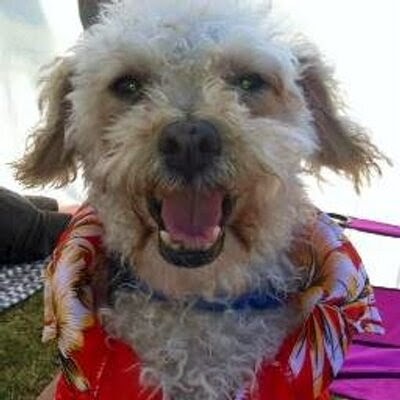 Author Fiona Ingram is visiting Writer With Dogs today as part of her WOW! (Women on Writing) blog tour for The Search for the Stone of Excalibur. Visit The Muffin for more information on the author and her tour schedule, which began on January 19th and runs through February 13th. 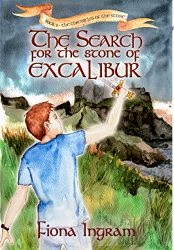 
About the Book:
A modern day adventure as our protagonists search for Excalibur and the treasures it holds!
Continuing the adventure that began in Egypt a few months prior in TheSecret of the Sacred Scarab, cousins Adam and Justin Sinclair are hot on the trail of the second Stone of Power, one of seven ancient stones lost centuries ago. This stone might be embedded in the hilt of a newly discovered sword that archaeologists believe belonged to King Arthur: Excalibur.
However, their long-standing enemy, Dr. Khalid, is following them as they travel to Scotland to investigate an old castle. Little do they know there is another deadly force, the Eaters of Poison, who have their own mission to complete. Time is running out as the confluence of the planets draws closer. Can Justin and Adam find the second Stone of Power and survive? And why did Aunt Isabel send a girl with them?
Join Justin and Adam as they search not only for the second Stone of Power, but also for the Scroll of the Ancients, a mysterious document that holds important clues to the Seven Stones of Power. As their adventure unfolds, they learn many things and face dangers that make even their perils in Egypt look tame. And how annoying for them that their tag-along companion, Kim, seems to have such good ideas when they are stumped. 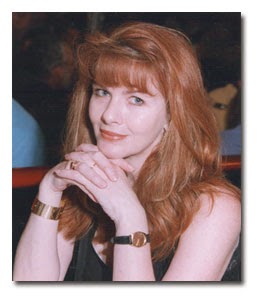 
Fiona Ingram was born and educated in South Africa, and has worked as a full-time journalist and editor. Her interest in ancient history, mystery, and legends, and her enjoyment of travel resulted in The Secret of the Sacred Scarab, the first in her exciting children’s adventure series—The Chronicles of the Stone. This was inspired by a family trip the author took with her mom and two young nephews aged ten and twelve at the time. The book began as a short story for her nephews and grew from there. The Search for the Stone of Excalibur is a treat for young King Arthur fans. Fiona is busy with Book 3 entitled The Temple of the Crystal Timekeeper, set in Mexico.


While writing The Secret of the Sacred Scarab, Fiona fostered (and later adopted) a young African child from a disadvantaged background. Her daughter became the inspiration for the little heroine, Kim, in The Search for the Stone of Excalibur. Interestingly, the fictional character’s background and social problems are reflected in the book as Kim learns to deal with life. Fiona’s experiences in teaching her daughter to read and to enjoy books also inspired many of her articles on child literacy and getting kids to love reading.