Martha Conway, Author of Thieving Forest, and Her Dog Nico 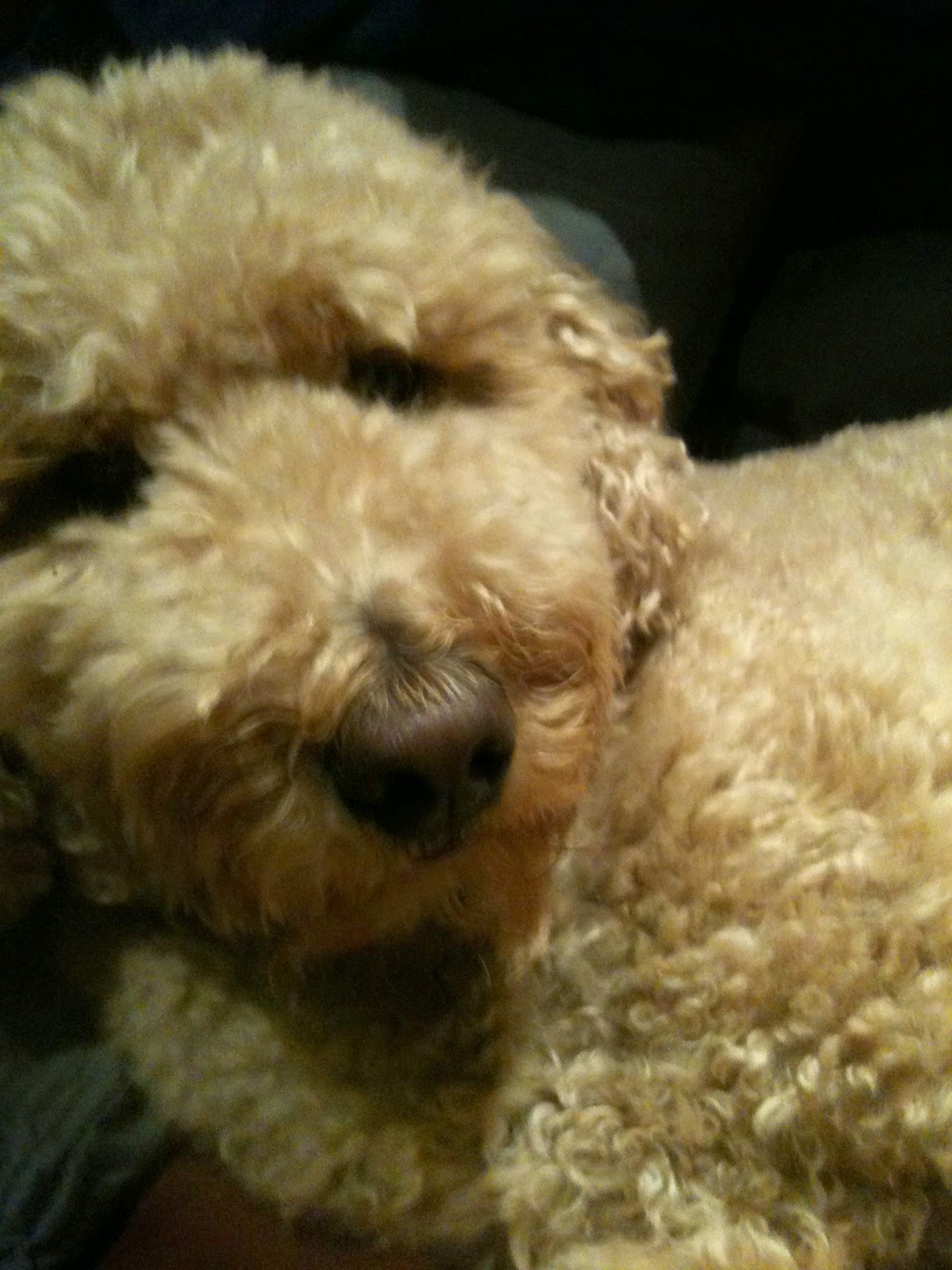 Nico, Martha's golden doodle
Meet author Martha Conway and Nico today on Writer With Dogs. This post is part of the author's book blog tour for Thieving Forest with WOW! Women On Writing. Link back to Martha's original interview on The Muffin and follow the tour, dates and stops listed below. 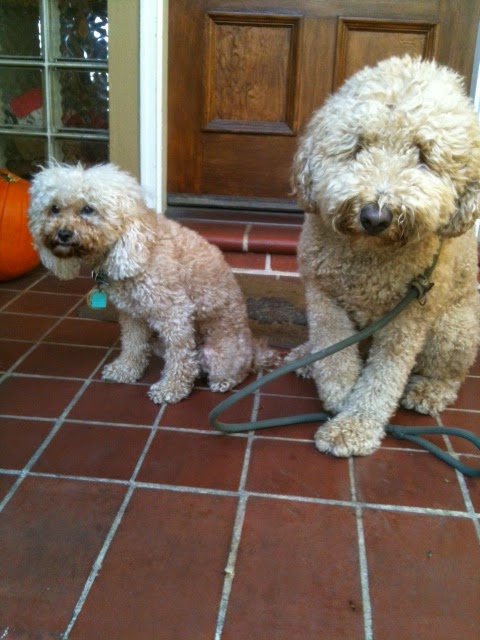 Nico and Mini Me

I still have dreams about Willie, my childhood dog, who went with me to deliver papers on my paper route and often got tips (usually bones) from my customers at Christmastime when I did.


Willie was a mutt; my current wonderful dog is a golden doodle named Nico, whom I think of as a mutt, too. Sometimes she looks more like a teddy bear with her overgrown curly fur (technically hair, I guess), which nearly covers her eyes. As a city dog, Nico isn’t allowed to run down the sidewalks without a leash, which is fine because I don’t deliver papers anymore. But like Willie, Nico is as kind and loyal a dog as you could want.


About three years ago when I broke my leg skiing, I had to lie on a couch for two full months, and then for two months after that I still used crutches and couldn’t drive. I was basically housebound for four months. Having Nico lying on the carpet next to my couch every day for sure saved my sanity. I rigged up my laptop and bought a lot of music and worked non-stop on my novel, feeling a little like Margaret Mitchell when she wrote Gone with the Wind. (Apparently she grew up with a collie dog named “Colonel” after Teddy Roosevelt.)


There’s no better way to write lots of pages than to be forced to stay sitting for hours on end. However, during that time I couldn’t get up and do research, like go for walks in the swamps and woods of northern California (my novel takes place mostly in the wilderness). But in a way Nico was my research. My novel has lots of animals in it —wild animals, for the most part, and very unlike my lovably cowardly dog— but animals that I needed to think about and describe. I spent a lot of time watching Nico: how her nose quivered when she was trying to work something out by smell (her first line of questioning); how her ears lay back when she was looking at a bird out the window; the way her muzzle dripped after drinking water.
I think I may have even added a few more animals to my narrative because of her!
Both Nico and I were overjoyed when I was able to take her out for walks again. Nowadays she will wait pointedly at the front door if I let too much time go by before I take her on her morning walk.

However, broken leg or no, during the day Nico is still my “mostly companion,” as Eloise at the Plaza Hotel said of her nanny. I truly feel that my dogs, both Willie and Nico, have always taken care of me. Nico barks too much and she jumps up on people coming into the house, but I can live with that. She knows when to lie by my side and give me that needed sense of companionship, and she wags her tail whenever I enter the room, even if her back is to the door.

I wish I could do that.

FIVE SISTERS. FOUR ARE KIDNAPPED. ONE GOES AFTER THEM. ALL THEIR LIVES ARE CHANGED FOREVER. 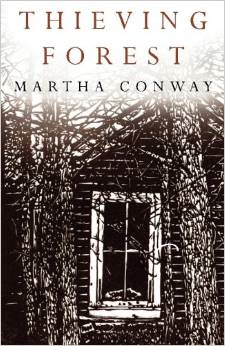 Buy On Amazon and Kindle
On a humid day in June 1806, on the edge of Ohio's Great Black Swamp, seventeen-year-old Susanna Quiner watches from behind a maple tree as a band of Potawatomi Indians kidnaps her four older sisters from their cabin. With both her parents dead from Swamp Fever and all the other settlers out in their fields, Susanna makes the rash decision to pursue them herself. What follows is a young woman's quest to find her sisters, and the parallel story of her sisters' new lives.

The frontier wilderness that Susanna must cross in order to find her sisters is filled with dangers, but Susanna, armed with superstition and belief in her own good luck, sets out with a naive optimism. Over the next five months, she tans hides in a Moravian missionary village; escapes down a river with a young native girl; discovers an eccentric white woman raising chickens in the middle of the Great Black Swamp; suffers from snakebite and near starvation; steals elk meat from wolves; and becomes a servant in a Native American village. The vast Great Black Swamp near Toledo, Ohio, which was once nearly the size of Connecticut, proves a formidable enemy. But help comes from unlikely characters, both Native American and white.

Thieving Forest explores the transformation of all five sisters as they contend with starvation, slavery, betrayal, and love. Fast-paced, richly detailed, with a panoramic view of cultures and people, this is a story of a bygone place sure to enthrall and delight. 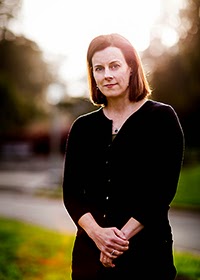 Martha Conway has taught fiction at UC Berkeley Extension and at Stanford University’s Online Writer’s Studio. She tweets ten-minute prompts and exercises every day on twitter (#10minprompt, #WritingExercise) via @marthamconway.

Martha’s first novel 12 Bliss Street was nominated for an Edgar Award, and her short fiction has appeared in The Iowa Review, The Mississippi Review, The Quarterly, Folio, Puerto del Sol, Carolina Quarterly, and other publications.
She graduated from Vassar College and received her master’s degree in Creative Writing from San Francisco State University. She has reviewed fiction for the San Francisco Chronicle, The San Francisco Review of Books, and The Iowa Review, and is a recipient of a California Arts Council fellowship in Creative Writing. Born in Cleveland, Ohio, she now lives with her family in San Francisco.


See Martha's Blog Tour schedule below and links to her website, Amazon site, and social media.

Posted by Barbara Barth at 5:00 AM