Solitary Schmolitary by Kimberly Brock, Georgia Author of the Year 2013, with Fergus and Reba B 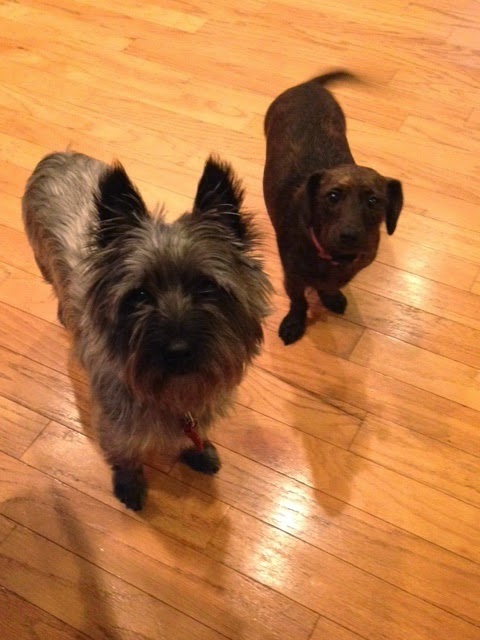 Fergus and Reba B, otherwise known as the current Chief Starers at Me


Writing is supposed to be solitary. That’s what everybody keeps saying but I am here to tell you that solitary doesn’t do it for me. And I have a theory that all writers secretly share this same fear of solitude. That’s why we write when we’re alone, so we won’t notice we’re alone and nobody else will notice we’re alone in all our aloneness. Oh, the humanity.


Years ago, when I started on this writing journey, I worked alone. On a big clunky computer with a beret and a candy cigarette, the way you do. I don’t think I’d ever even seen a laptop at that point. I sat in a very uncomfortable chair (where did that chair come from?) at a desk in the corner of my master bedroom. The babies would nap and in the two or three hour blocks of absolute silence, entirely alone with my thoughts and a Diet Coke, I would accomplish…nothing.


I mean it. I can’t write in an optimum environment. No way. But I tried, Lord, I gave it my best shot for about two years. Until one day I decided if I was ever going to really get rolling and crank out a bestseller and put a pool in my back yard (did not happen), I needed to get down to the nitty gritty of my writerly needs. I made a list. Probably it was for groceries, but it’s been a long time now and I like to think it was me, being productive, trying to be scientific about reaching my potential. Or something.


Here’s how The List of Making Kim Write looks in my made-up memory.


(I figured I slept better with a fan, so maybe I would write better, too. No dice. I slept. Drooled.)


(Ya’ll. You know I watched Guiding Light. I did not write.)


(This was not actually on the list, but I did actually do it. I also wrote one-handed and published my first short story, so there was maybe something to that. However, I refuse to nurse a fourteen-year-old and so this was not sustainable.)


(This sounds ridiculous but I DO think better and more actual thoughts while standing in the kitchen. I also eat. Or clean. I notice everything is just filthy beyond belief and that I would fail health inspector tests and then, no writing happens. I end up cleaning the disposal, which is not really all that inspiring.)


But the move to the laptop and the first floor were truly the plot points that led to a real turning point in this fabulous, transformative, transcending writer’s journey. Why? Because, a dog.


Here’s what happened. We had a cairn terrier that had been with us since our first year of marriage and he was an old man in a dog suit. He was quiet. He was dependable. He had a routine. And his best dog trick was the ability to be PRESENT. He was always there. He was with us. Near us. Existing as a part of our household in a way that felt like he was an extension of our very selves. And the minute I sat down on the sofa with my laptop and outline and intentions to create, he curled up on the other end.


And stared at me. For the duration.


We did not converse, the dog and I. There was no exchange of anything but air going on in that living room. I didn’t even scratch his ears. I just went to work. Two years later I had bigger kids, a blown-out spring on my end of the sofa, and a completed manuscript. I learned the Ancient Chinese Secret of writing success.


Write with a dog.


When you write with a dog, your stories will flow unceasing. Your best ideas will be genius, your prose lyrical and your humor dry and fine. You will swat away writer’s block as easily as a housefly. Your work will be a resplendent example of craft with solid arcs and plots, compelling themes, fully realized characters and original voice. You’ll be content with your pace. You’ll take risks and break rules and then clean up after yourself with brilliance. And when you strike the final punctuation, you won’t even hesitate before you scroll on over to the next page to whip up your acknowledgments. And here is what you’ll say. 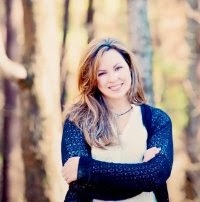 About The River Witch: 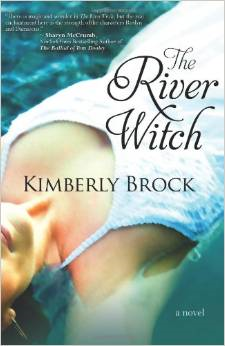 Available on Amazon or wherever books are sold.
Broken in body and spirit, she secludes herself in the mystical wilderness of a Georgia island. Can she find herself in the sweetness of old songs, old ways, and the gentle magic of the river people?

"Kimberly Brock has an amazing voice and a huge heart; The River Witch welcomes the reader to a haunted landscape, authentically Southern, where the tragedies of the past and the most fragile, gorgeous kind of love-soaked hope are equally alive. This is one debut that you absolutely should not miss."-Joshilyn Jackson, New York Times Bestselling Author of Gods in Alabama

"Kimberly Brock's The River Witch achieves what splendid writing ought to achieve-story and character that linger in the reader's consciousness. Such is the power of Roslyn Byrne, who retreats to Manny's Island, Georgia, in search of herself, only to discover her great need of others. Tender and intriguing, often dazzling in its prose, this is a mature work of fiction worthy of the celebration of praise."-Terry Kay, internationally known author of the classic novel, To Dance With The White Dog
"There is magic and wonder in The River Witch, but the real enchantment here is the strength of the characters Roslyn and Damascus. Their voices are the current that carries the reader along in this compelling tale of healing and discovery."- Sharyn McCrumb, New York Times Bestselling Author, The Ballad of Tom Dooley
"With lyrical prose, Kimberly Brock explores the hidden places of the heart. The River Witch is a magical and bewitching story that, like a river, winds its way through the soul. In the voices of her wounded characters, Brock takes us through both the breaking and the healing of a life." -Patti Callahan Henry, New York Times Bestselling Author of The Perfect Love Song
Links:
Author Web     Facebook    Pinterest    Twitter @kimberlydbrock
Kimberly Brock Pilates    Contact Kimberly    Author Amazon Page
Tinderbox Writers Workshop
Posted by Barbara Barth at 10:32 AM