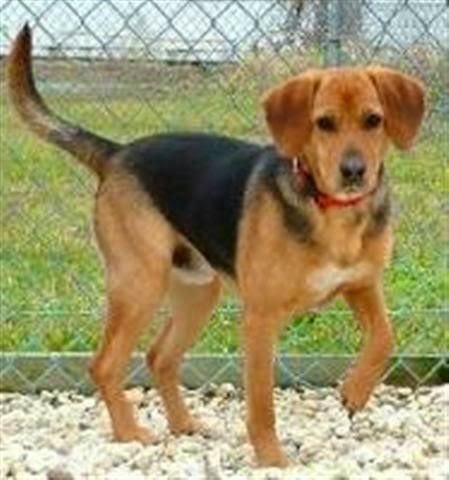 Standing next to me in line waiting to board the flight home the man behind me eyes the blue heart identification tag on my luggage: “I LOVE DOGS.”
“So, what kind of dog do you have?”
I smile and think this man has no idea what is about to come:  I flip open my cell phone and begin scrolling through the hundred or so photos. “He’s a hound/shepherd.  He’s a shelter dog.  We fell in love with him as soon as we saw him on the internet and the next day we drove two and half hours to get him and it was love at first sight.  His name is Jake.  Isn’t he gorgeous?”  I show him a photo.


The man looks and nods politely.  “He is cute.”
“He’s more than cute – he’s perfect.  This is what he looked like when we first brought him home.  Isn’t this a break your heart photo?  He sat on the backseat of the car and we swore he was saying, ‘I’m going home. I’m going home.” 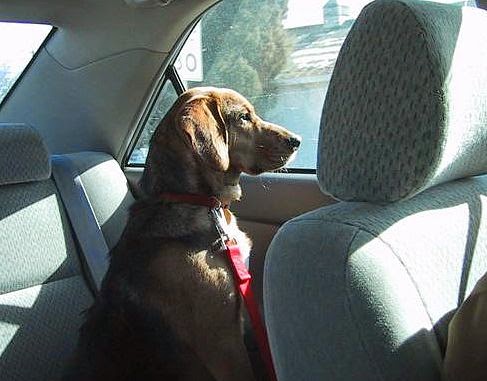 “He’s charming and gentle and the best dog in the world.”  I pull up another photo. “This is Jake the first time he saw snow.  He gave me a kiss.” I flip through the photos.  Jake with a toy: 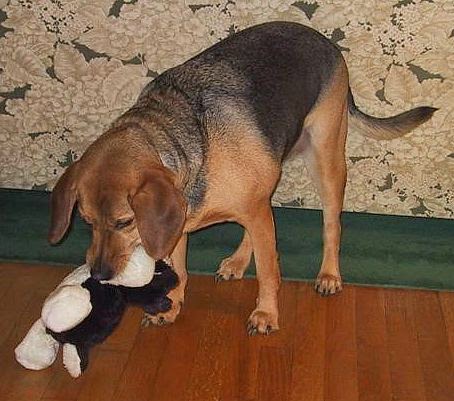 “Here’s one of Jake watching the Westminster Dog Show.  I keep telling him he’s more beautiful and smarter and nicer than the competitors.” 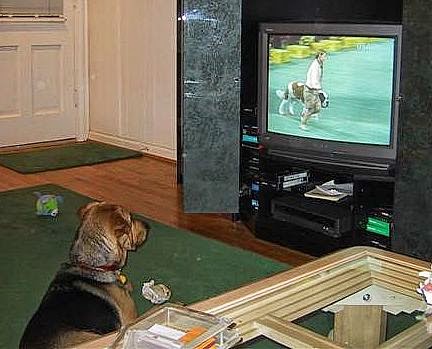 The man hands me back my phone.
“Do you have a dog?” I ask.
“No.”
“Go to the shelter,” I practically command, “and get a friend for life.  For real.  You’ll never live without a dog again. ”
I pull up more photos… Jake on the bed… Jake taking me for a walk in the morning… Jake in my office…     Jake with my son and daughter-in-law. Jake in the fall blending with the leaves. 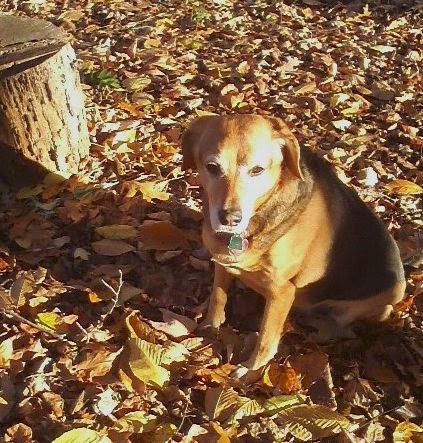 I tell him about how Jake, “Lucky Jake”, my friend calls him, plays with the deer in the back woods because he thinks they’re just other dogs.  (I check him for ticks when he comes in.)  And how he just watches the birds and the squirrels and sometimes plays his “I’m a hunter” stalking game – standing stiff, raising one leg and pointing, and then running and chasing them up the tree.
“Let me see Jake,” a woman down the line says.  I pass her the phone with the photos pulled up and she looks and passes it to the 30 or more people waiting to board with me.
“He’s darling.  He’s so cute.  Look at his eyes.”  Everyone comments about my wonderful Jake.  And I nod because they agree with me.
I see other passengers fiddle with their phones and wallets.  “Here, this is my dog.”   Their photos are passed to each other.  Every dog is admired although I know my Jake is the best.
Later, after we land, we dog-lovers, no longer strangers, shake hands and say goodbye and wish each other and our pets well.
An hour later I pull into my garage and I can hear Jake barking his greeting to me and I yell, “I’m home, Puppy (although he’s ten years old now, he is forever a puppy to me!) I’m home."
I open the door and he’s sitting there, waiting patiently for me and the treat I take from the bowl on the mantle.  And then I hug him and hold him and yes, kiss him, and he’s already forgiven me for having left him for a weekend. “I’m home, Jakeroo.. I’m home.” 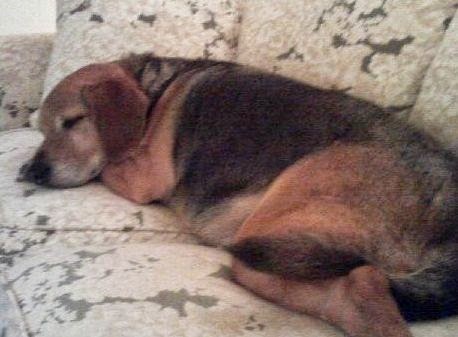 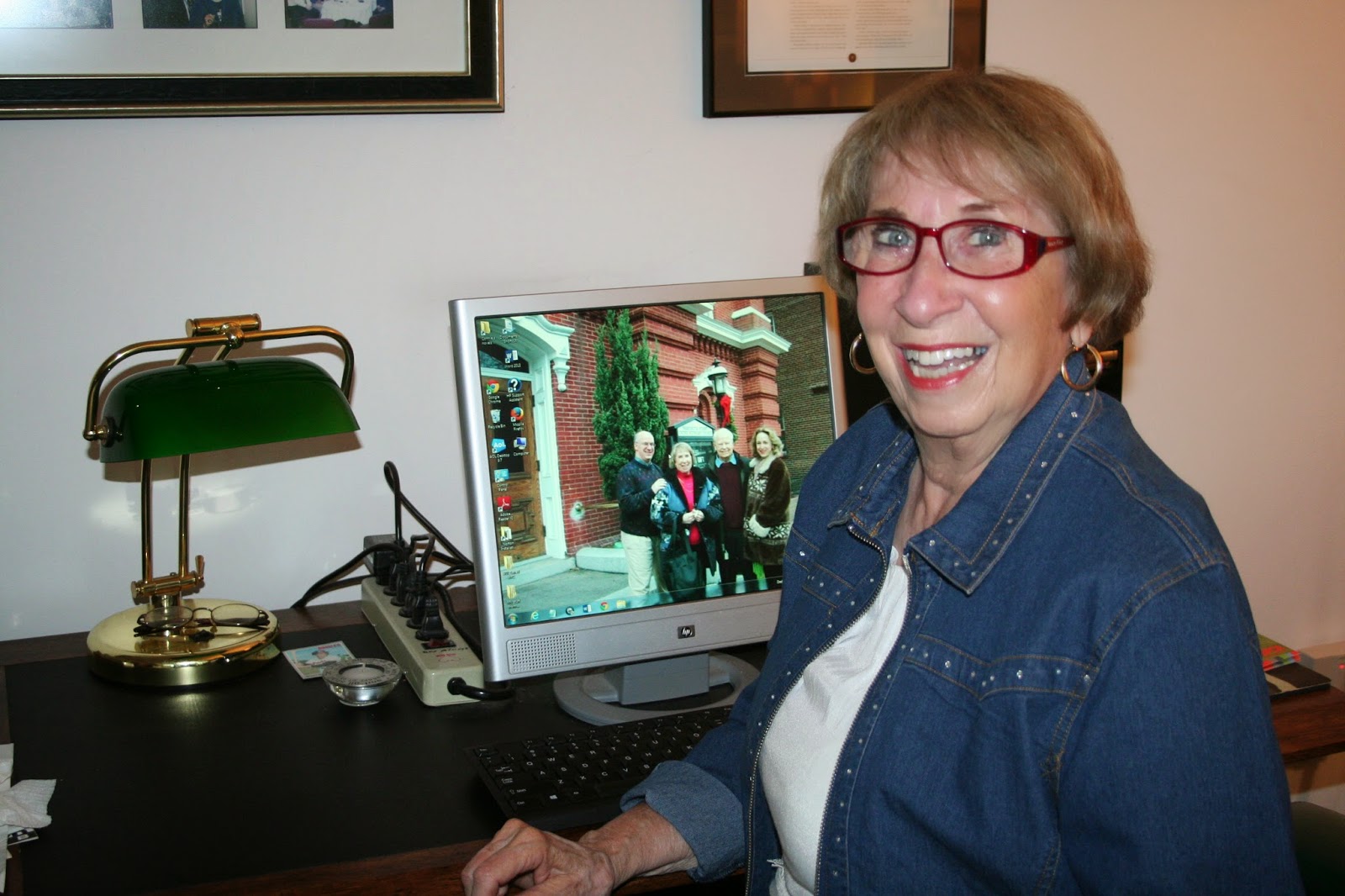 
Constance Walker has had an extensive career that includes journalism, public relations, producing and directing documentary videos, and writing magazine articles. She hosted a writer’s group on AOL for thirteen years, and then finally pursued her dream of writing.

After having five novels published the traditional way, she decided to publish her own books. In 2013 she established Winter's Eve Books and re-issued WARM WINTER LOVE in both paperback and eBook form.


In addition to WARM WINTER LOVE, Constance will be reissuing:

WHEN THE HEART REMEMBERS,
ONE PERFECT SPRINGTIME,
LOST ROSES OF GANYMEDE HOUSE, THE SHIMMERING STONES OF GLENDOWER HALL

Her newest novel, IN TIME, a time-travel paranormal romance spanning 1941 to present day, was released June, 2014.


She lives in Maryland with her dog, Jake.
About IN TIME: 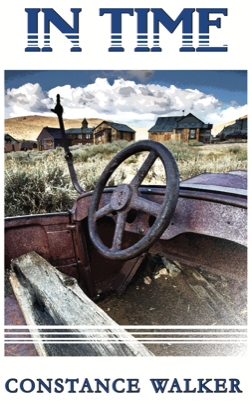 Buy On Amazon
Released June 17, 2014
It never occurred to Allie Winters that there was something different about Evermore—the small town that she was forced to spend five days in because her car had to be fixed. Yes, it was quaint and yes, it seemed maddeningly out of step with the current times, but it was nevertheless like all those other “remember when” towns she had visited—people in different era clothing, out-of-date music playing on the radio, roads that were only semi-standard and no modern conveniences to be seen or heard. In other words, just another tourist trap.

But was it? The clues were always there for Allie but in the beginning she misreads them and thinks she has come upon yet another “restored” town that Americans like to visit during summer vacations. When she finally understands that by some strange trick of fate she has actually entered a time warp – it’s only August, 1941, in Evermore – it’s too late for her to just leave for she has already fallen in love with the editor of the town’s weekly newspaper. Noah Wilson, in the course of only a few days, has won her heart in a thousand small ways – from his low-key acceptance of life to his extraordinarily old-fashioned ways of loving her.

IN TIME is a love story of two people who, through some “window in time” are able to meet, get to know each other, fall in love and then understand that that love—though they don’t know how—will be bound forever and ever throughout eternity.
Links:
Author Website 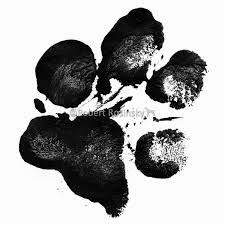 Posted by Barbara Barth at 8:39 AM