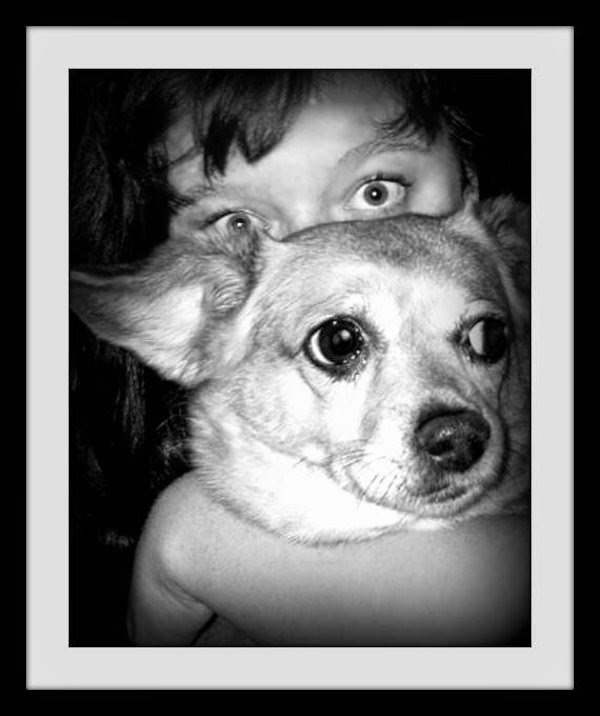 It was a subtle transition.  At first, I dismissed it for a variety of reasons:  it's too hot, the ground is too damp, the humidity is too high.  I never thought it was just old age or the cataracts that clouded her big, brown eyes.  Instead of wanting to spend the days in the garden with her furry hip pressed against mine and her black nose twitching excitedly, she napped in her bed, sleeping contentedly while I read a book.  Every once in a while, she'd chase dream-rabbits with her small paws twitching, her ears pricked forward, and a doggy grin of joy flashing across her white muzzle.

After a few weeks, I felt the need to do something and tried to coax her back outside.  She wasn't interested, so I had to find another way to amuse myself.  Soon, we replaced the chattering squirrels in the trees with air conditioned comfort and the clicking of computer keys.  I began writing to keep my dog company.    Between chapters, I would reach over and rub her belly while I thought up plot twists.  She would regard me with an interested expression, and I'd read snippets of my stories to her.  Listening to the words in my own voice gave me a sense of the cadence of my writing.

My dog was the one who listened to my first manuscript.  She watched as I stared into space trying to come up with the next line, ever my patient companion.  As she grew older, we spent more days writing (okay, I wrote and she slept) and when we went out for walks she was my excuse to get some distance from a scene which just wasn't working.  When we returned home, I was refreshed and able to concentrate again.  She was ready for another nap.

It is because of my dog that I finished several outlines and developed a few stories that I have since published.  The garden we once tended together has long since filled in with weeds, but I have found a new fertile ground to cultivate - my imagination.

When the inevitable happened, my manuscripts went untouched for months.  Writing had become something that we did together and I found my grief paralyzing.  What had been routine became impossible, but eventually the impossible became therapeutic.  Writing soothed my lonely hands and I published the novel I had written on the living room floor years earlier.  It became Elementary Magic.

Naturally, there is a dog in that story.  The mythical trickster spirit Coyote is my tribute to my writing partner because she was indeed, my partner in everything.  She inspired me to be a better person than I ever thought possible, taught me compassion, patience, and fortitude.  She planted the garden in my imagination.

Although she was blind (almost overnight, as sometimes happens to diabetic dogs) she seemed unaffected by her condition.  In fact, she would sit in front of the window as if she were looking out it, and I would open the door so she could look outside on sunny days and feel the warmth of the sun on her fur.  She taught me just because you can't see something, doesn't mean it isn't there.  I made concessions to her blindness, her medical conditions, and her needs.  She made me a better person and a writer.

Many years have passed since then, and I have a new writing companion now.  She loves spending the day stretched out on the couch listening to clacking of the keys on my keyboard.  She rises before dawn with me and takes up her post on the couch in my office while I work.  She has taught me to approach everything as an adventure, to slow down and take the time to chase the moths that flutter around the patio lights, to explore the overgrown garden, and to take breaks to throw a ball or a stuffed toy instead of getting frustrated when a scene simply won't come together.   She is also the inspiration for the character of Coyote because to her, everything is fun and needs to be done immediately.

The speed and cadence of my writing has changed as a result of the switch in writing companions.  My new co-author has a short attention span and a persistent nature, so I must get my thoughts down quickly because I never know when she'll present me with a toy and an invitation to play.   We have formed a partnership of our very own, one different from that of my first co-author, but one which reflects our relationship and our personalities.

She listens when I read things aloud.  Paws at me when I've become too absorbed or when I seem frustrated.  She distracts me or lets me work for long stretches of time, and she is always there to lend a supportive ear.  She also keeps the area beneath my desk free from random goldfish crackers and pretzels.

I always write with a dog around.  They keep me centered, provide me with just enough distraction, and give me a non-judgmental ear.  They also keep me from becoming too serious.  Writing should be fun, and there should always be short breaks to rub bellies, throw balls, or just plan the next plot twist.  It's a garden of a different sort, and I have a partner to help me tend it. 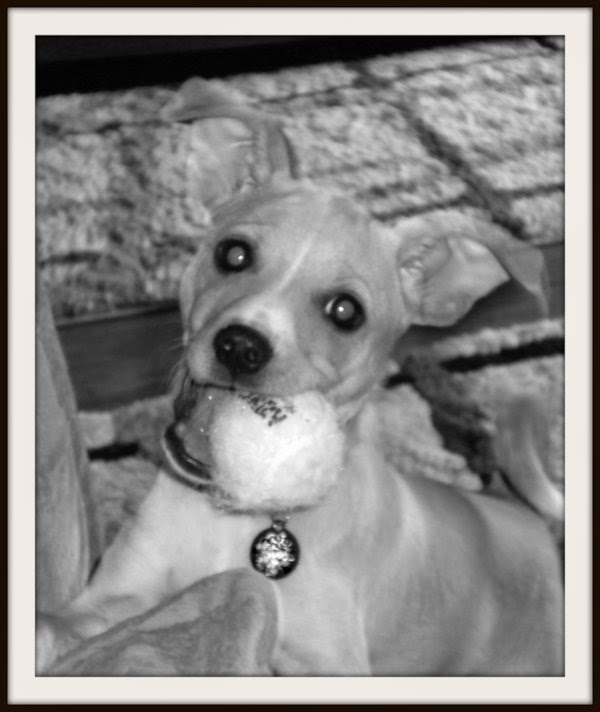 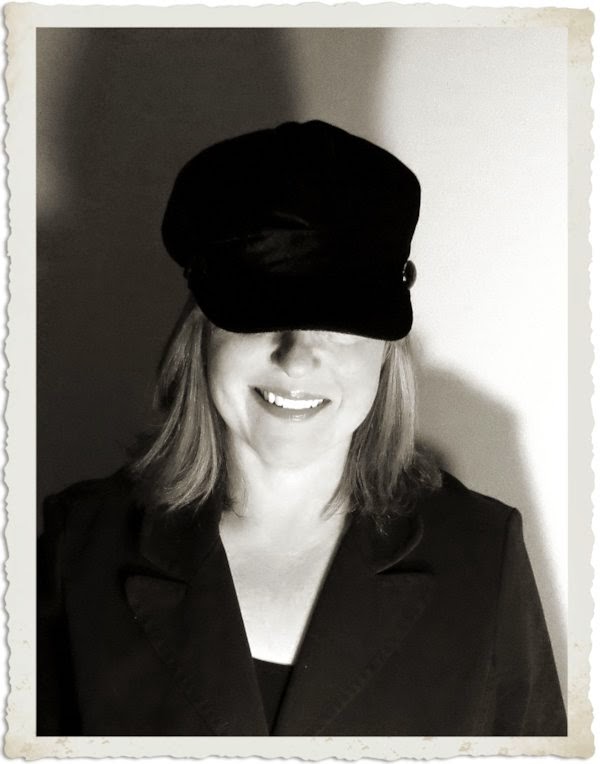 R. Leonia Shea
R. Leonia Shea is a writer with the heart of an artist - or maybe it's the other way around. Either way, she can usually be found at her computer or in her studio creating something while worrying that there's something else she should be doing.

Come to think of it, she's one of those people who seems to always be torn between two things like art and writing or the mountains and the sea. Maybe she simply believes you can do it all - as long as you have supportive people around you. 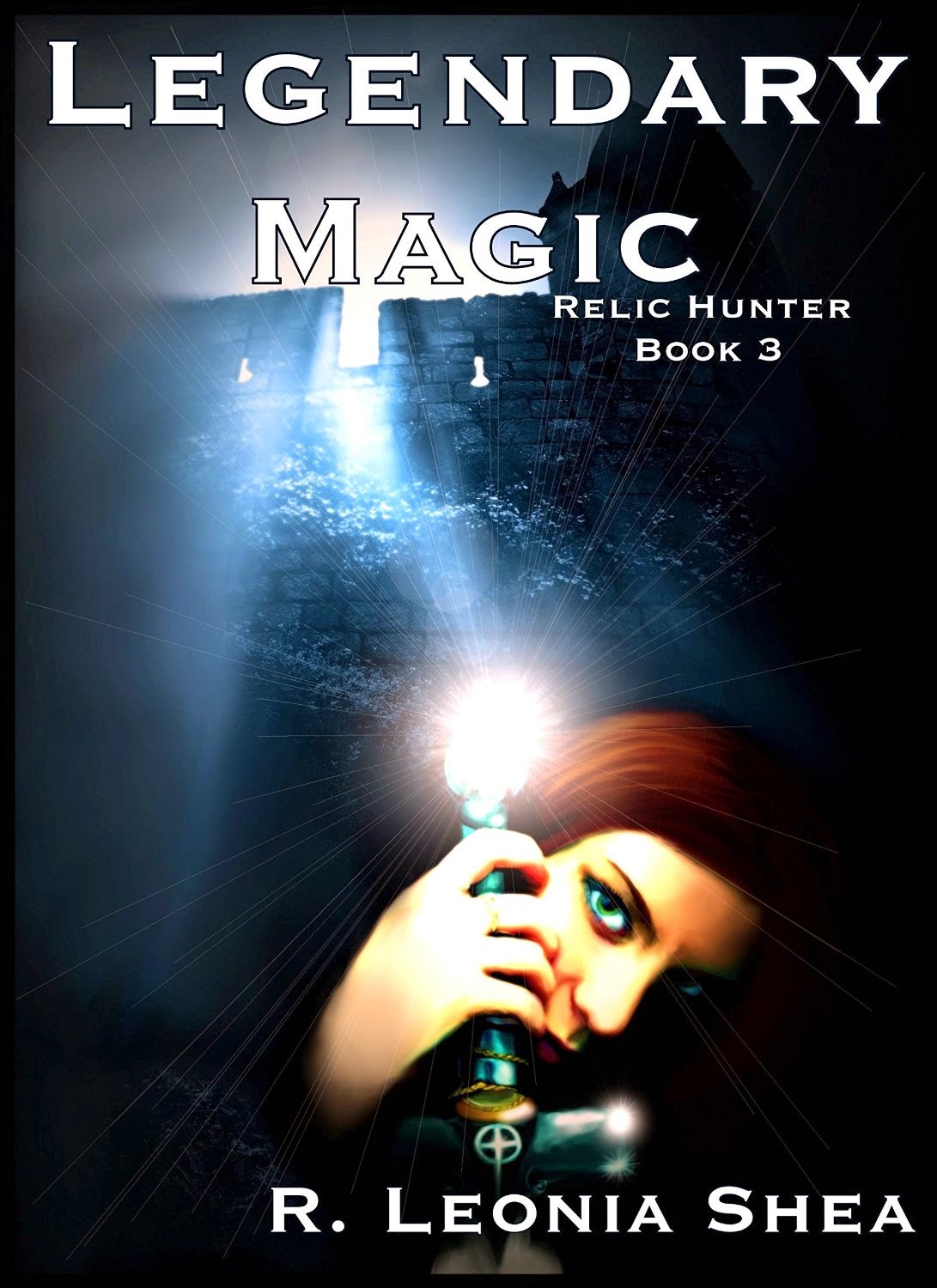 Published October 2014
Buy On Amazon
Dr. Arienne Cerasola might have a suspicious mind, but that doesn’t mean something nasty isn’t being planned by two of her former acquaintances. They have banded together on an archaeological expedition in the United Kingdom, and that could spell trouble for the magical community. The magical apocalypse kind of trouble.

As a witch and disgraced archaeologist, Arienne shouldn’t be surprised when Kingston Pon asks her help to find a lost relic. After all, Kingston is one of the senior members of the United Coven and Alliance and Arienne is one of the few people who knows about his secret resistance activities with the Crux Crucio Orbis. When she learns her own Grandfather is involved in the C.C.O., Arienne’s more than a little angry that her family has been keeping secrets. Secrets about their involvement in the magical world. Secrets about Arienne’s legacy. Keeping secrets means creating lies and Arienne is determined to unravel the deception even if it means collapsing the foundation of her new life.

Caught between the clandestine world of the C.C.O., the dangers of the Alliance, and the treachery of a new magical organization Arienne must trace the grain of truth in the legends passed down from the ancient Celts, through the Roman Empire, and right into King Arthur’s court. Legends that were created to protect the truth and keep the relic from passing into the wrong hands.

The confines of loyalty and duty make it an even more complicated quest. She might be the only one who can balance the power without collapsing the foundations that hold magic in check but to accomplish that, she’ll have to face the truth about herself, her family, and her place a world she was never really part of.